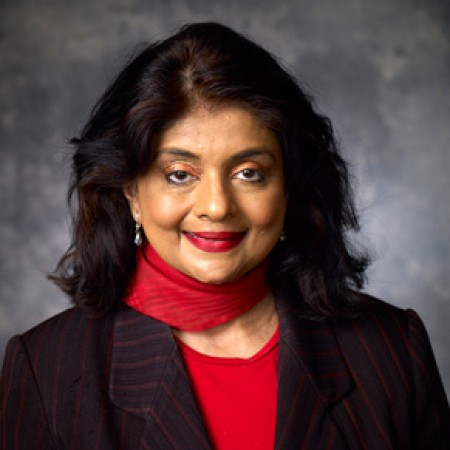 Executive Director of the Cyber Security Research and Education Institute

Fellow of three professional organizations: IEEE (Institute for Electrical and Electronics Engineers), AAAS (American Association for the Advancement of Science) and BCS (British Computer Society) for her work in data security 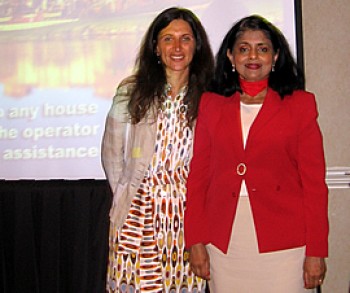 Dr. Bhavani Thuraisingham, a UT Dallas professor of computer science, delivered a keynote address titled “Privacy, Security and Trust for Data Mining” at an international conference on knowledge discovery and data mining in Las Vegas on Aug. 24. “Ever since the explosion of data-mining techniques for counter-terrorism, there have been major concerns about privacy,” she said. “Together with UT Dallas computer science professors Murat Kantarcioglu and Latifur Khan and our students, we’ve been developing data-mining techniques for surveillance and social networking,” she said. “But at the same time, we’ve also been exploring the privacy aspects.”

Dr. Bhavani Thuraisingham, the Louis A. Beecherl Jr. Distinguished Professor of Computer Science at UT Dallas, is the inaugural recipient of the CODASPY Award for Outstanding Research on Data Security and Privacy.

The award was presented at the Association of Computing Machinery’s Conference on Data and Applications Security and Privacy (CODASPY).
The award recognizes Thuraisingham’s innovative and lasting research contributions, which have spanned over three decades at Honeywell, MITRE, the National Science Foundation (NSF) and UT Dallas. The award citation notes her work on multilevel secure databases (1980s), the inference problem (1990s), assured information sharing (2000s) and secure data management on the cloud (2010s). 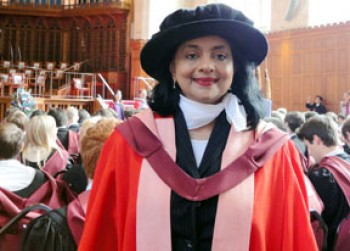 The degree recognizes Thuraisingham's large body of influential published research in the field of secure data management over the past 25 years.

"Higher doctorates are a higher tier of research doctorates which may be awarded on the basis of a formally submitted substantial body of published original research of a very high standard  or on an honorary basis...when a university wishes to formally recognize an individual's achievements and contributions to a particular field," according to university regulations.

Dr. Bhavani Thuraisingham, executive director of the Cyber Security Research and Education Institute (CSI) at UT Dallas, is a recipient of a 2013 IBM Faculty Award in Cyber Security.

The award, initiated by an IBM employee, is given to researchers at leading global universities who have outstanding reputations for contributions to the field.
“We consider this another excellent milestone in the ever-growing relationship between IBM and The University of Texas at Dallas,” said Marisa Viveros, vice president for Cyber Security Innovation at IBM. “It is truly a pleasure to work with a group of such dedicated and outstanding academic leaders.” 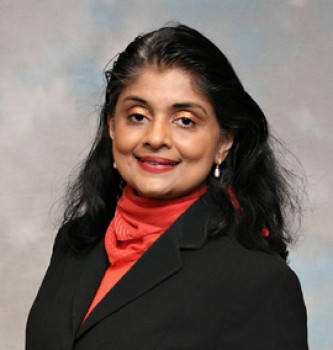 The decision three years ago by UT Dallas researchers to bolster their efforts in the field of cloud computing is paying dividends: Not only do they now have $5 million in cloud-related research, but their graduate students find they have their choice of internships and job offers.

Cloud computing is a model for providing on-demand Internet-based access to a shared pool of computing resources, including networks, storage and applications. It’s meant to make it as simple to obtain an array of electronic data resources as it is to get electricity itself.