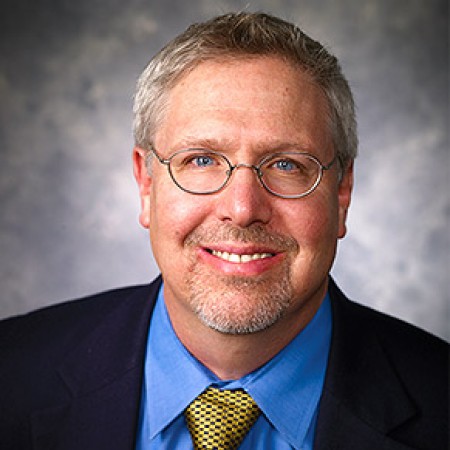 Associate Professor
The University of Texas at Dallas [2006–Present]

The neural mechanisms of mental storage.

Isolating the neural mechanisms of age-related changes in working memory: Effects of age and individual differences.

2003–2003 Rypma, B. (2003).Symposium on Attention and working memory changes with aging at the Society for Psychophysical Research, Chicago, IL.

Bart Rypma of the Center for BrainHealth at The University of Texas at Dallas is one of 10 recipients who have been awarded funding from $433,800 in grants from the National Multiple Sclerosis Society.

In a recent study, researchers at UT Dallas’ Center for BrainHealth, working in collaboration with colleagues in Sweden, have revealed a link between the dopamine neurotransmitter system in the brain and an individual’s ability to recognize faces.
Led by Dr. Bart Rypma, Meadows Foundation Chair in the School of Behavioral and Brain Sciences, the study found that the amount of dopamine relative to the amount of brain activity in the fusiform gyrus strongly predicted the ability to recognize faces. Although the fusiform gyrus has been previously established as an area of the brain related to facial recognition, this is the first time scientists have made a connection between dopamine and facial recognition.

Study Reveals the Damaging Effects of Depression on Memory, Mind

A new study from the Center for BrainHealth at UT Dallas has found how damaging depression can be to a person’s memory and concentration.

In research published in the Journal of Affective Disorders, scientists discovered that depressive thoughts stay with people with depressed moods longer than those without negative thoughts.

“People with depression or even healthy people with a depressed mood can be affected by depressive thoughts,” said Center for BrainHealth principal investigator Dr. Bart Rypma, Meadows Foundation Chair and associate professor in the School of Behavioral and Brain Sciences. 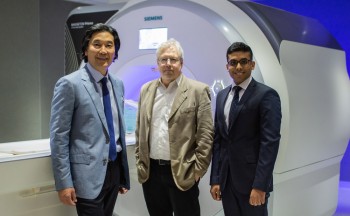 A new way of looking at the brains of multiple sclerosis (MS) patients could greatly enhance doctors’ ability to select the best therapy for each person.

Researchers from The University of Texas at Dallas’ Center for BrainHealth have joined colleagues at UT Southwestern Medical Center to study 3D images of MS lesions in the brain, with the aim of learning to differentiate between injuries that are likely to heal and those that are not.

In a study published online May 30 in the Journal of Neuroimaging, the researchers examined 109 brain lesions from 23 MS patients using a patent-pending technique employing 3 Tesla MRI.

Post-doctoral Michael A. Motes 6/06-present Dr. Motes is engaged in several projects related to my currently funded NIH and VA grants. Prior to coming to my lab his principal experience was in behavioral research related to spatial cognition. In my lab, Dr. Motes is leaming to combine the methods of experimental psychology with those of neuroimaging (specifically fMRI). Currently, we are exploring the physiology that leads to age-related differences in MRI signal, as well as the neural correlates of age-related changes in working memory. Joamra Hutchison 8/07 - present Dr. Hutchison is a new PhD from TCU where she completed her dissertation on problems of visual and auditory boundary extension. In my lab, she is continuing work that follows up her dissertation study and begirming to explore the fundamentals of functional neuroimaging. Together we are formulating a program of research that will allow her to apply the fMRI techniques she learns in my lab with her own interests in spatial and auditory processing. Michael D. Patterson 5/02 - 5/05 Now on faculty at Nanyang Technical University, Hong Kong Doctoral Raj Byrapureddy 8/07 - present Mr. Byrapureddy has recently arrive in my lab. He previously worked in Dr. Marco Atzori's lab investigating modulation of neuronal firing by neurotransmitters. In my lab, he is starting the process of learning fMRI techniques. As human systems neuroscience is a new enterprise for him, he has been studying basics of neuroimaging and cognition with a concentration on visuospatial working memory. To get hands-on experience, he has been assisting Drs. Motes and Hutchison in their behavioral and neuroimaging studies. Masters Liliana Garland 3/07 - present Liliana has been working in my lab assisting in fMRI and behavioral data collection. Up to the point that she joined my lab her exposure to behavioral neuroscience was limited to the classroom. ln my lab, she is gaining experience with the fundamentals of actual data collection, data analysis and presentation. Bachelors honors Eric Zaccone (Rutgers) Currently enrolled in Neuroscience Doctoral Program, West Virginia University

A psychometric approach to examining fMRI