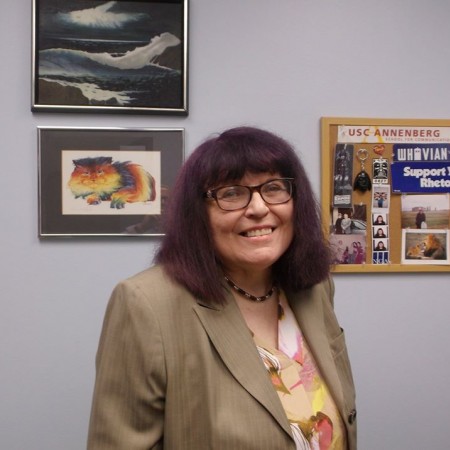 I also have done qualitative research in areas of interpersonal communication

Issues of Gender & Race/Ethnicity in Communication

Currently working on a critical research study on the Star Wars sequel trilogy, building on my prior work on the original films, ideally to be presented to a professional conference or submitted to a journal for publication.

Baker, B.L. "Making Spaces for Feminist Voices: The Feminist Research Collective at the University of Texas at Dallas"

Paper presented as part of the panel, “Alternative Legacies of Support for Women in the Academy: Our Legacy, Our Relevance,” sponsored by the Women's  Caucus, National Communication Association annual conference, Dallas, TX. November 2017

A presentation of work in progress, updating prior research, to the Feminist Research Collective, University of Texas at Dallas. October 2015

Baker, B. L. "Building Bridges Across Technology: Addressing the Influence on Gender in the On-line Learning Process"

Baker, B.L. "'The Same Old Con of Man': Faux-feminism and Reaffirmation of Patriarchy in The Da Vinci Code"

Although now an Assistant Professor of Instruction in Communication at UT Dallas, I've had a long career teaching a wide diversity of communication courses in many different institutions, engaging with large numbers of students of all types, ages, and backgrounds. I use applied activities to engage students and help improve their skills. I see communication as vital to understanding ourselves and the world around us, and I am happy to help students learn to be better communicators, whether that is having a better understanding of their relationships, or learning how to speak well in public. I've also been able to aid students in developing an understanding of diverse groups, to become more literate in understanding media, and even to gain a better appreciation of movies. In addition, by teaching and conducting research at universities in two other countries (Wales and Mexico), I've also helped foster better understanding between peoples (giving me a chance to put theory into practice).

Certification in on-line teaching from QM Quality Matters, UCM, May 2011

Reviewer for submissions to the on-line peer reviewed international Journal of Language & Intellectual Communication Studies, 2018 [also on the Editorial Board 2018-19].

2012/01
Retired from the University of Central Missouri, Warrensburg, MO.

1993/05
Inducted into this Honor Society, University of Central Missouri Chapter

2019/08
Member of this regional organization for Communication

A Faculty Research Grant to study this topic and prepare a research presentation/paper; including travel to a NCA Summer Seminar on Cultural Studies in Nashville.

A Faculty Research Grant to conduct further research on this topic, including travel to several film libraries in Los Angeles in the summer of 1992

Travel costs necessary to serve as Exchange Faculty to the University of Glamorgan, Wales, U.K. in Spring 1994.

$1510.00 - The Provost's Office; the Human Diversity Commission; the Office of Multi-Cultural Affairs; and the Department of Communication, University of Central Missouri [1993/01–1993/03]

A special one- time initiative grant combined with a diversity grant to sponsor a visit by Dr. Marquita Byrd, San Jose State University, March 27-30, 1993. During that time Dr. Byrd, a well-known scholar on the subject of culture, race, and communication, presented a public lecture on intra-cultural communication, gave an interview with the campus radio station and completed several other activities (including class and community visits),