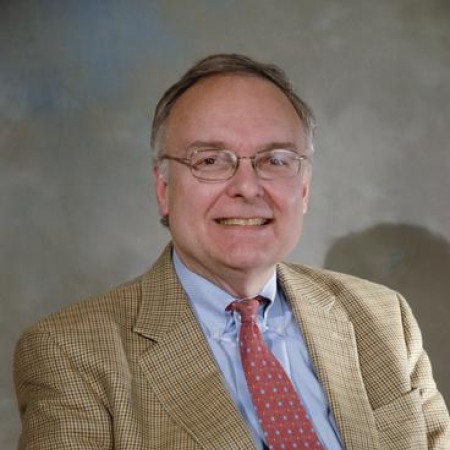 Professor (tenure)
The University of Texas at Dallas [1985–Present]

Associate Professor (tenure)
The University of Texas at Dallas [1979–1985]

Anthony Champagne, Ph.D. in Political Science, University of Illinois, 1973, has research interests in judicial politics and in Congressional history. He is the author of Congressman Sam Rayburn, Sam Rayburn: A Bio-bibliography, and Judicial Politics in Texas: Partisanship, Money, And Politics in State Courts. He has won three University-wide teaching awards.

He has taught at the University of Texas at Dallas since 1979. Prior to that, he taught at Rutgers University.

Dr. Anthony Champagne is a faculty member in the School of Economic, Political and Policy Sciences (previously, Social Sciences) at UT-Dallas and Director of the Pre-Law Program in Undergraduate Education 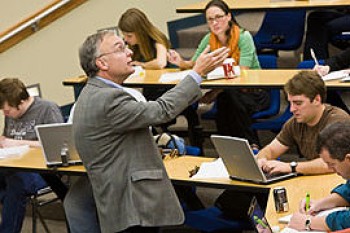 Dr. Anthony Champagne understands the difference a phenomenal teacher can make in a student’s life. The political science professor vividly remembers the teaching style of Howard Bavender, an undergraduate professor he had at Millsaps College almost 40 years ago. It is a style that Champagne has worked to emulate in his own classroom, and it is one that has earned him a prestigious teaching award four decades later. Champagne is a recipient of the UT System Regents’ Outstanding Teaching Award for tenured faculty. The award was accompanied by at $30,000 stipend. 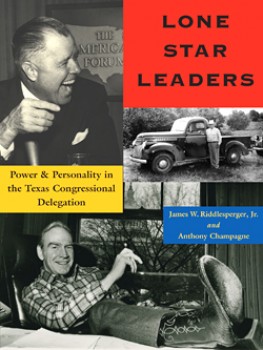 A new book co-written by UT Dallas professor Dr. Anthony M. Champagne features lively portraits of influential lawmakers who have represented Texas in Congress since the late 19th century, when the state’s political power began. Lone Star Leaders: Power and Personality in the Texas Congressional Delegation covers party leaders, committee chairs and the political pioneers who made Texas a major force in congressional politics for the past 125 years. The book was recently featured at the Texas Book Festival in Austin. Humanities Texas, the state affiliate of the National Endowment for the Humanities, has selected the book for its annual Holiday Book Fair on Dec. 10 in Austin. Champagne, a professor of political science in the School of Economic, Political and Policy Sciences, and his co-author, Dr. James W. Riddlesperger Jr., wrote chapters on politicians, including: former President Lyndon B. Johnson; former U.S. Sen. Lloyd Bentsen; former U.S. Rep. Barbara Jordan, who was the first African-American congresswoman from the South; . 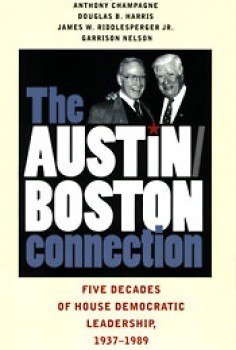 Whatever else Texas and Massachusetts might share, an approach to national politics wouldn’t seem to be one of them. That has not always been the case, however. As a new book by a UT Dallas political science professor details, Democrats from Texas and Massachusetts ruled one branch of Congress for half of the last century. In his new book, The Austin/Boston Connection: Five Decades of House Democratic Leadership, 1937-1989, Dr. Anthony Champagne, a political science professor in the School of Economic, Political and Policy Sciences, discusses this exceptional period and its long-term impact. “This is a study of the Democratic leadership of the House of Representatives in much of the 20th century, where there was an effort to balance regional interests by having either the speaker or majority leader from Texas or Southern Oklahoma and the other from Boston,” Champagne said. “It is the story of regional politics in the House, as well as mentor-protégé relationships.”

Authentic Courtroom to Give Pre-Law Students a Place to Practice 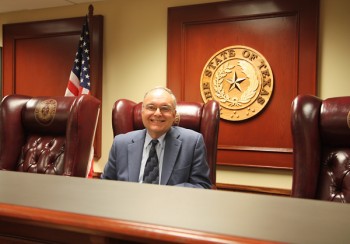 UT Dallas is now home to a Texas courtroom replica, which will help serve as a training facility for pre-law students and UT Dallas’ competitive pre-law teams.

Housed in the Founders Building, the project was initiated by Dr. Sheila Amin Guiterriez de Piñeres, former dean of Undergraduate Education, and named in honor of Dr. Anthony Champagne, a political science professor at UT Dallas who has taught at the University since 1979.

Dr. Anthony Champagne is a faculty member in the School of Economic, Political and Policy Sciences (previously, Social Sciences) at UT-Dallas and Director of the Pre-Law Program in Undergraduate Education Faculty, students and alumni celebrated the courtroom’s completion with a reception and tours of the new facility in May.