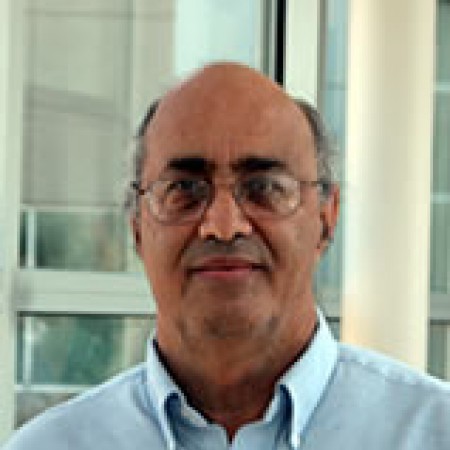 The problem of interest is the recovery of the property of the inhomogeneous medium from the far field wave propagation data. Such a problem appears in may applied fields, such as quantum mechanics, geophysical exploration, medical imaging and electromagnetic soundings, where the direct measurement of the property under consideration is not achievable. Therefore an indirect (inverse) method is used to deduce information about the problem.

Because of its wide reaching applications, exact and approximate mathematical methods to study such inverse problems and their numerical implementations have been of special interest to me. A problem of great interest has been the development of a practical non iterative inversion method for the three dimensional acoustic medium.This problem has been an ongoing research endeavor for me and some of my Ph.D. students.

My recent interests have also included application of inverse scattering theory and wavelets to science and engineering problems and also to investigate the possibility of applications of these theories in human perception such as hearing and / or image recognition.

The other very important area which I have always found to be very challenging and rewarding is developing effective and innovative methods to teach and present new and / or standard educational materials to students in such a way as to motivate and excite their imaginations, induce creative thinking and help them reach their potentials.

In order to further facilitate the realization of such goals, more effective use of computers, other technical tools, and innovative educational methods in presenting course materials are also planned to be explored and implemented.

Head
The University of Texas at Dallas [1988–Present]

Professor (Tenured)
The University of Texas at Dallas [1987–Present]

Membership in Honorary and Scientific Societies